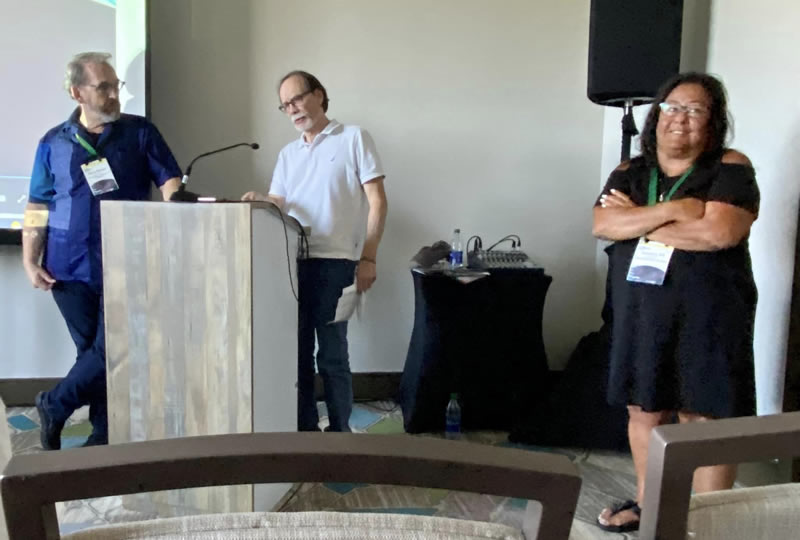 This nation is experiencing an unprecedented increase in overdose deaths resulting in over 100,000 deaths per year. Two out of three of these overdose deaths involve illicitly manufactured fentanyl.

This nation is experiencing an unprecedented increase in overdose deaths resulting in over 100,000 deaths per year. Two out of three of these overdose deaths involve illicitly manufactured fentanyl (1). In response to this overdose crisis, several states have enacted Drug-Induced Homicide (DIH) Laws (2). The number of prosecutions under DIH laws has continued to increase as the number of overdose deaths has increased (3). We, the Board of Directors of Broken No More, find these DIH laws and the resulting prosecutions to be misguided in their intent, naïve in the beliefs underpinning their use, and damaging to individuals, families, and society as a whole.

DIH laws are often framed as allowing for the prosecution of large-scale traffickers and distributors, they are said to be a deterrent resulting in a decrease in the selling and use of drugs, and they are promoted as a means to decrease overdose deaths. There are, however, no data to substantiate any of the above claims. What we have instead are prosecutors and law enforcement officers providing opinions and anecdotal statements to justify the use of DIH laws. But opinions are not evidence and anecdotes are not data. Regarding the claim that DIH laws are used to prosecute large-scale traffickers and distributors: “Because proving the direct cause of death can be difficult, prosecutors tend to focus on the last person to touch the drugs before the deceased consumed them rather than charging large-scale dealers higher up in the distribution chain.32 Often, the person charged is a fellow addict sharing drugs or is ‘simply the last person to see the deceased alive.’33” (4). DIH laws may occasionally be used to prosecute someone higher up in the drug distribution chain, but far more often the person who is charged is a “subsistence seller” who sells to support their use or someone who did nothing more than share their drugs with another person with whom they had a relationship such as a friend, family member, partner, etc. (5, 6).

The belief that DIH laws serve as a deterrent to drug sales and use has no factual basis. For over 100 years this country has used arrests and imprisonment as means to control drug use and for over 100 years it has failed. If arresting and imprisoning more and more people for sales and use of drugs deterred people from these behaviors, we wouldn’t be discussing DIH laws because drug use would have been eliminated decades ago. But this is not the case: “To test this, Pew compared state drug imprisonment rates with three important measures of drug problems— self-reported drug use (excluding marijuana), drug arrest, and overdose death—and found no statistically significant relationship between drug imprisonment and these indicators. In other words, higher rates of drug imprisonment did not translate into lower rates of drug use, arrests, or overdose deaths.” (7). To emphasize a point, the data demonstrated that higher rates of drug imprisonment did not decrease overdose rates.

It would seem that if you arrest someone for DIH then there would be fewer overdose deaths because one less person would be selling drugs. But sellers are quickly replaced: “For example, a 2014 National Research Council report found that mandatory minimum sentences for drug and other offenders “have few, if any, deterrent effects.”22 The finding was based, in part, on decades of observation that when street-level drug dealers are apprehended and incarcerated they are quickly and easily replaced.” (7). If someone is arrested for DIH someone else sells the drugs. And nothing changes.

If DIH laws do not function to imprison high-level drug sellers and if they do not deter others from selling and using drugs and if they do not decrease overdose deaths, do they have any legitimate function?  From an article in the Duke Law Journal discussing DIH laws: “But considering these laws have limited deterrent effect, do not reduce the rate of overdose deaths, and contravene other legislative initiatives enacted to protect the public, justifying their utility is difficult. Perhaps the only valid rationale for DIH laws is retributive—to punish those whose actions, however indirectly, lead to death.” (4).

We understand that what is retribution to one person may be seen as justice to another. But whether retribution or justice, is it worth the cost? The primary reason people do not call for help during an overdose is fear of the police: “The most common reason people cite for not calling 911 is fear of police involvement.” (8). States have implemented Good Samaritan Laws to shield an individual from prosecution if they call for help during an overdose. DIH laws undercut these Good Samaritan Laws. If someone does everything right, if they call for help, and the person who is overdosing still dies, they can be charged with DIH: “Ultimately, rather than reduce fatalities, drug-induced homicide laws only result in additional overdose deaths due to people failing to summon medical help for overdoses out of fear of prosecution.” (8). Thus, DIH laws do not decrease overdose deaths but, instead, cause more overdose deaths. If justice or retribution results in the death of someone else’s child, is it worth the cost? The answer to that question is no.

Some say that an overdose involving fentanyl surely merits a charge of DIH. But we have entered the age of synthetics. The plant-based opioids, oxycodone, hydrocodone, morphine, heroin, etc., are increasingly difficult to find if they can be found at all. What is on the streets, now and in the future, are synthetics such as fentanyl, fentanyl analogues, and other synthetics (9, 10). What is sold on the streets is what the supplier provides and what the suppliers are providing are high-potency synthetics. These synthetics, because of their high potency, provide the suppliers with reduced risk (less volume to transport) and increased profits compared to plant-based opioids. Arresting someone for DIH involving a synthetic will not change this dynamic.

Those that support DIH laws say they are doing something about this overdose crisis. Yes, they are doing something. They are making it worse. Every dollar spent on arresting, prosecuting, and imprisoning a person for DIH is a dollar that is not spent on interventions that have been proven to decrease overdose deaths. Harm Reduction programs and treatment, particularly the treatment of opioid use disorder with the medications methadone and buprenorphine have been proven to save lives (11, 12, 13, 14). If we are to find a way out of this overdose crisis, it is the funding and utilization of Harm Reduction and effective treatment for opioid use disorder and other substance use disorders that will provide the path.

Board of Directors of Broken No More

Prevention Sites Would Save Lives