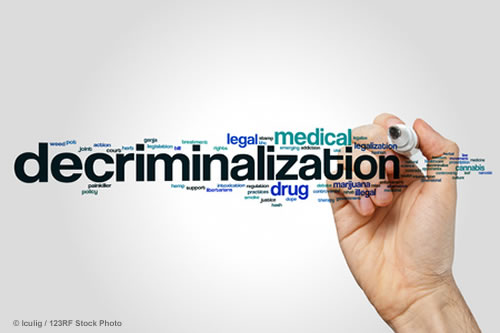 What has Portugal learned since they implemented the decriminalization of all drugs in 2001? How did the country go from having the highest rate of overdose fatalities in the E.U. to the second lowest? How did they go from having the highest rate of injection drug-transmitted HIV infections in the E.U. to the lowest rate of new HIV infections from intravenous drug use? What has been the impact of Portugal’s dramatic decline (60 percent) of people arrested and referred to criminal court for drug law violations? What can Orange County learn from Portugal’s accomplishments in a moment when the current Attorney General is seeking to roll back gains made by drug policy reformers in reducing the consequent harms of the drug war?

A delegation of people organized by the Drug Policy Alliance who have been hit hardest by the U.S. war on drugs – from those who have been incarcerated for drug offenses to those who have lost loved ones to an overdose – are heading to Portugal March 19 – 21 to investigate these questions and more. Denise Cullen, LCSW, the Executive Director of Broken No More and GRASP (Grief Recovery After a Substance Passing) will be among the delegation traveling to Portugal. Broken No More is a national nonprofit that advocates for the elimination of the failed drug war policies and the adoption of humane policies based on science, Harm Reduction, and the understanding that everyone, including those who use drugs, has the right to be treated with respect and compassion. GRASP provides support and comfort to those who have lost someone they love to addiction and overdose through 120 peer-led support groups across the United States and Canada. Grasp also has an active Facebook support group with over 7000 members.

“I lost my son, my only child, Jeff to an overdose in 2008. I saw how the stigma that surrounds drug use deprived my son of the help he so desperately needed. I saw how this stigma was manifested in the criminal justice system and how our broken treatment system perpetuated this stigma. I saw not only how this stigma harmed Jeff, but others like him; those struggling with the disease of addiction. Through a “cultural revolution” Portugal has eliminated this stigma and has instituted policies that see people who use drugs as just that, as people. This led Portugal to change its drug policy from punitive to one based on the understanding that the use of drugs is not a matter of criminal justice, but of public health. They decriminalized drug use. I am traveling to Portugal to better understand how they achieved this cultural revolution and to bring the lessons I learn back to Orange County in the hope that we can also come to view people who use drugs not as bad people who deserve punishment but, rather, as people who need our help,” said Ms. Cullen.

Orange County is not immune to the opioid epidemic that is engulfing this country. In 2016 Orange County lost 336 people to opioid overdose. These were sons and daughters. These were husbands and wives. These were brothers and sisters. They were our neighbors and co-workers. And they died. If not for Aimee Dunkle (Broken No More/Solace Foundation) and her life-saving naloxone distribution program in Orange County, far more would have died. In 2016 there were 320 newly diagnosed cases of HIV in Orange County and 1000 cases of Hepatitis C. We can continue to ignore this epidemic, we can continue to rely on the same policies that have led to this public health crisis, or we can institute polices that have been demonstrated to mitigate the harms of this epidemic to the individual and to society. The most effective means for decreasing the spread of HIV and Hepatitis C are needle exchange programs. Earlier this year, the only such program in Orange County was shut down by the City of Santa Ana. If we continue to ignore this epidemic, if we continue to stigmatize and marginalize those who are struggling with this disease, if we fail to learn from others how to effectively respond to this public health crisis, we will reap what we sow.

In Portugal, the delegation will hear from João Goulão, the Portuguese General Director for Intervention on Addictive Behaviors and Dependencies; as well as experts from the Ministry of Public Health, NGO leaders, active drug users and formerly incarcerated people. The delegation will also visit the largest drug treatment center in Lisbon; tour methadone maintenance vans located throughout the city offering an opioid substitute; and shadow harm reduction street teams that do direct intervention with active IV drug users, including refugees, chronically homeless people, and sex workers.

In the U.S. there are almost as many drug-related deaths per year as there are lives lost to guns and car accidents combined.  In addition, the criminalization of drug possession is a major driver of mass incarceration and mass criminalization. Each year, U.S. law enforcement makes more than 1.5 million drug arrests. The overwhelming majority — more than 80 percent — are for possession only. Discriminatory enforcement of drug possession laws has produced profound racial and ethnic disparities at all levels of the criminal justice system.

Further Details about Portugal’s Decriminalization Policy and its Impacts

In 2001, Portuguese legislators eliminated criminal penalties for low-level possession and consumption of all drugs and reclassified these activities as “administrative violations” (the equivalent of a traffic ticket). The policy also included a major expansion of treatment and harm reduction services, including access to sterile syringes, methadone maintenance, and the elimination of most barriers to such vital services.  Drug trafficking remains illegal and is still processed through the criminal justice system.  The results? According to the Drug Policy Alliance report, It’s Time for the U.S. to Decriminalize Drug Use and Possession, which examined the results of Portugal’s drug policy: